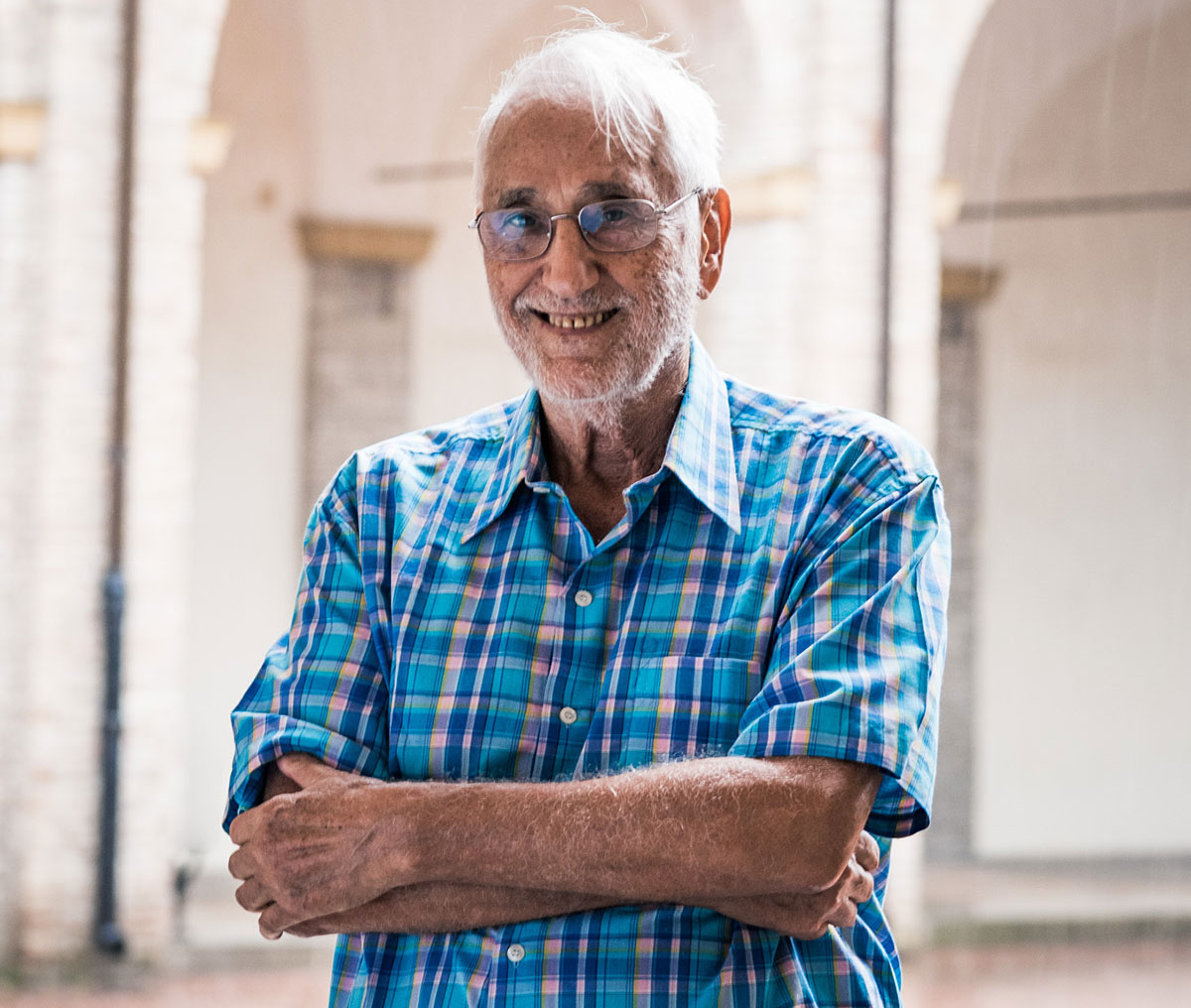 «I am an Italian and Swiss national, I still develop my research internationally.The freedom that has characterized by path and not belonging to large groups of political and financial power have prevented me from becoming wealthy and receiving awards. That doesn’t bother me at all.»

Walter Pierpaoli was born in Milan in 1934, and in 1960, he graduated in Medicine with full marks, with an experimental thesis on Photodynamic reactions and carcinogenesis. He worked as an assistant at the Institute of General Pathology. He completed his specialization in Cardiology and then opened a medical practice.
In 1963, after receiving a scholarship from the Atomic Energy Commission (USA) for research into the transfer of energy in a photodynamic reaction, Professor Walter Pierpaoli took on the role of Laboratory Director at the Cell Pathology Study Center at CNR in Milan, where he held a teaching position in immunology, until 1968 when he resigned.
In the same year, he moved to the Swiss Institute of Medicine in Davos-Platz, where he stayed until 1977 as Neuroimmunology Group Director.
Professor Walter Pierpaoli stayed in Zurich for several years, as head of the Neuroimmunology Center, that he founded, at the Institute of Anatomy at the University of Zurich, where, thanks to several years of scientific and financial support from the Institute Choay in Paris, started up an Institute of Supplementary Biomedical Research. In 1980, he started up the Foundation for Basic Biomedical Research, which is now the INTERBION Foundation, that Professor Pierpaoli is still president of. Some years later, the Interbion Foundation moved into the Ticino Canton, in Switzerland, in its current location. 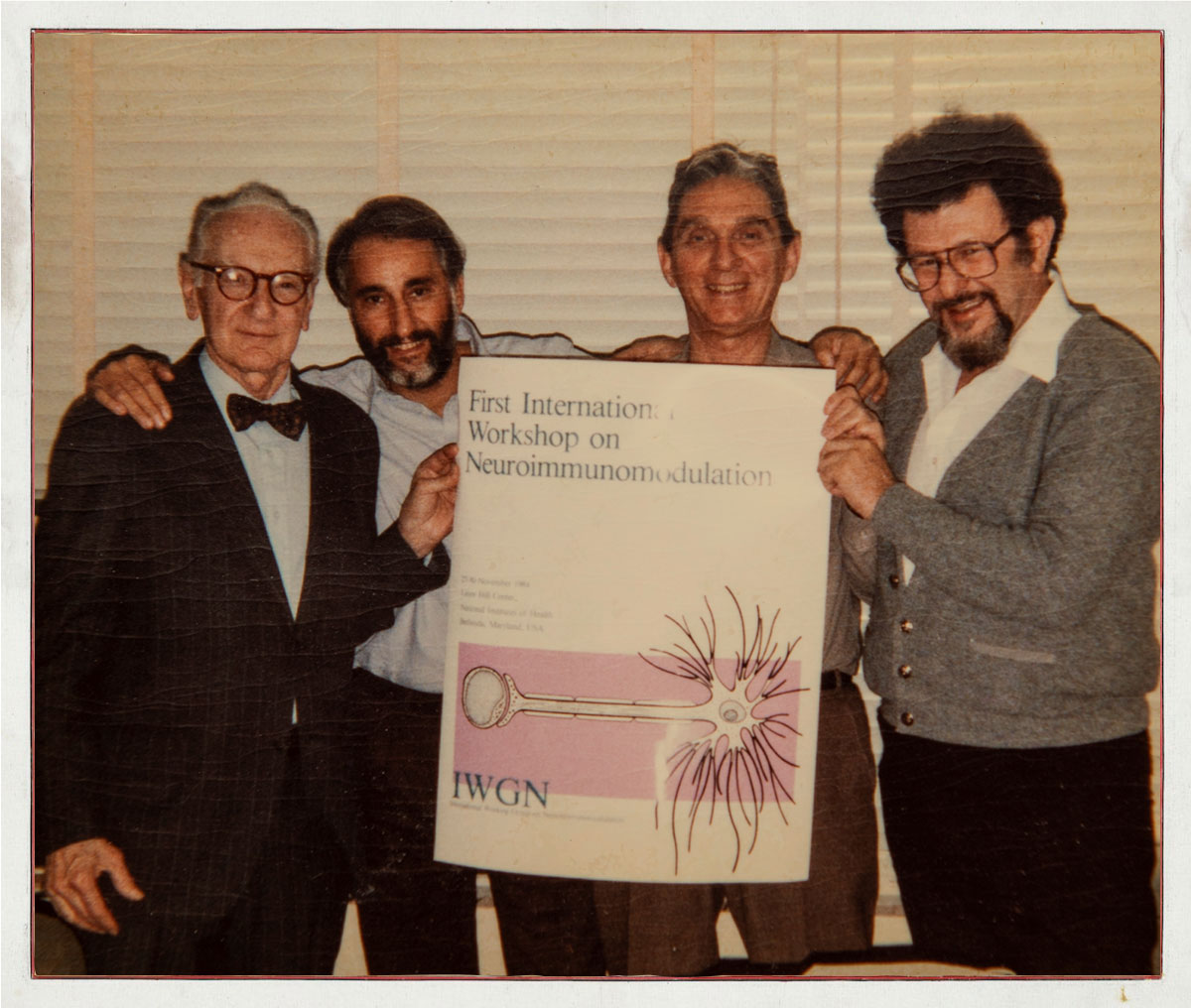 In 1967, in his article “Relationship between thymus and hypophysis” published in “Nature”, Professor Walter Pierpaoli proved the close interdependence between the neuroendocrine system and the immune system. In this article, Professor Pierpaoli proved to revolutionary extent of the implications of his research work to the scientific community, contributing to the birth of a new interdisciplinary science of which he was one of the pioneers, called Neuroimmunomodulation (NIM),now known as Psychoneuroendocrine Immunology (PNEI), a supplementary medical discipline that thousands of researchers now dedicate themselves to.

During his work, Walter Pierpaoli has published over one hundred and forty experimental scientific papers in the best international scientific journals, such as “Nature” (where he has published seven articles), “Journal of the National Cancer Institute”, USA, “Proceedings of the National Academy of Sciences”, USA, and many others. For some years, he received funds for his research into bone marrow transplants from the National Cancer Institute, Bethesda in the United States.

In 1987, he held the first Stromboli Conference on aging and cancer, starting up the long series of scientific conferences that would be repeated in the years 1990, 1993, 2005, 2010, and 2016 in the wonderful setting of the island of Stromboli. The Stromboli Conference volumes were published by the New York Academy of Sciences.

In 2016 the sixth edition was held, entitled “Why do we die?” which took place in Fano.

Walter Pierpaoli and application in research 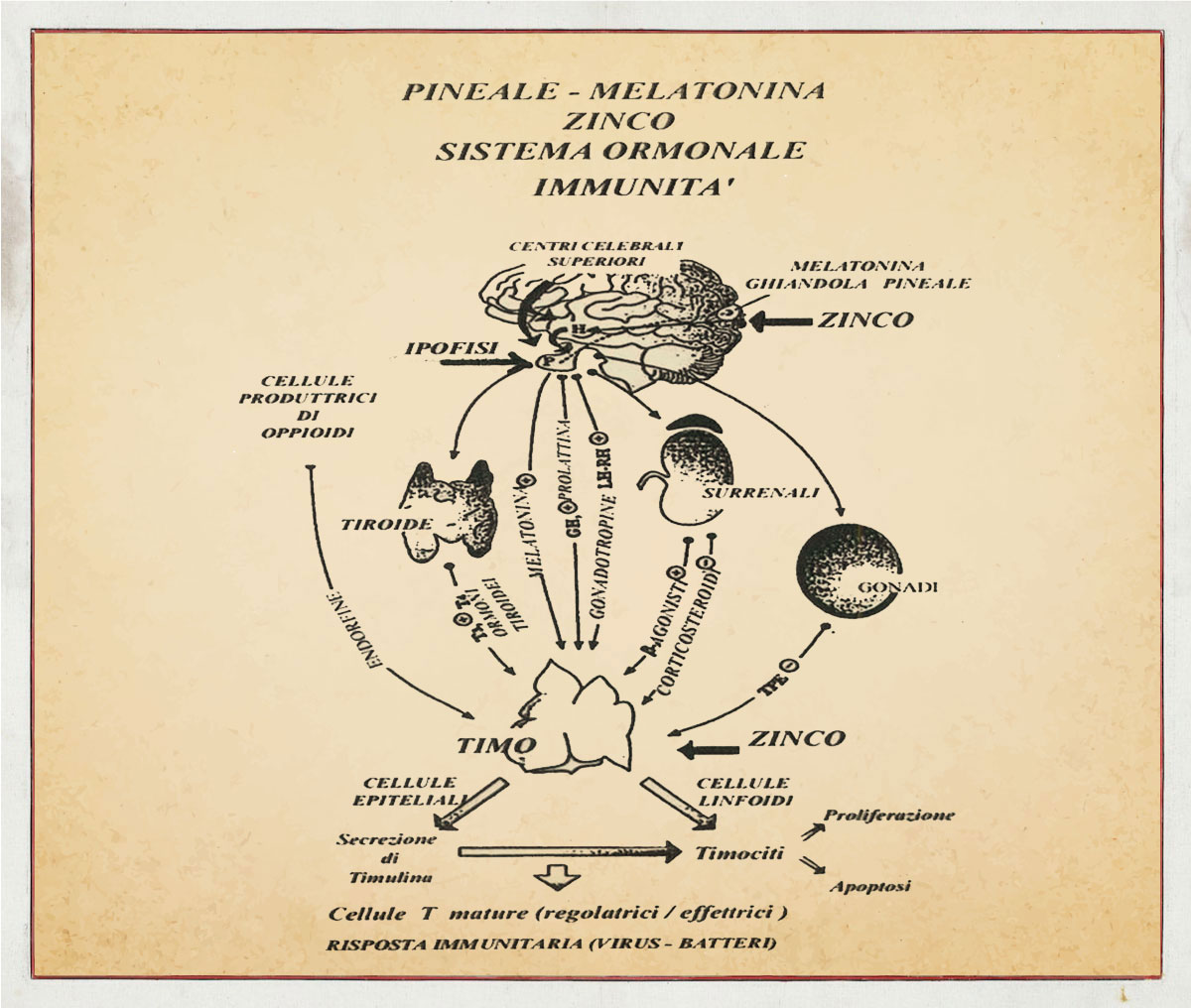 The framework, published in Psychoneuroimmunology, Academic Press, N.Y. – 1981, illustrates the existence of a close two-directional interrelation between the brain’s central structures (pituitary and pineal glands), all the peripheral glands (gonads, adrenal, thyroid etc) and the thymus (center of immunity), that all these relationships refer to and the the widespread immune system derives from (in particular in the intestine: lymph nodes and lymphocytes).

For several years, Professor Walter Pierpaoli applied the principles discovered in his research to thousands of patients suffering from various disorders and diseases. Much of his research had by this time gained a following worldwide, especially after the publication of the book The Melatonin Miracle by Simon Schuster, which became a New York Times bestseller and was translated into seventeen languages.

The success of the Melatonin Miracle

The book described how the pineal gland controlled the phases of our life, including aging, and how it was possible to interfere with overall organic deterioration. By administering melatonin, it says in the book, it is possible to maintain the pineal gland functions at a young stage: night-time administration of melatonin that he elaborated in 1987 has the function of “putting the pineal gland to rest”, that will then be preserved from aging, and can maintain its basic biological functions for longer. The exceptionally clear experimental evidence obtained was thus made public, and thanks to the diffusion of the book ,attention to this molecule, and its essential role for our health grew. 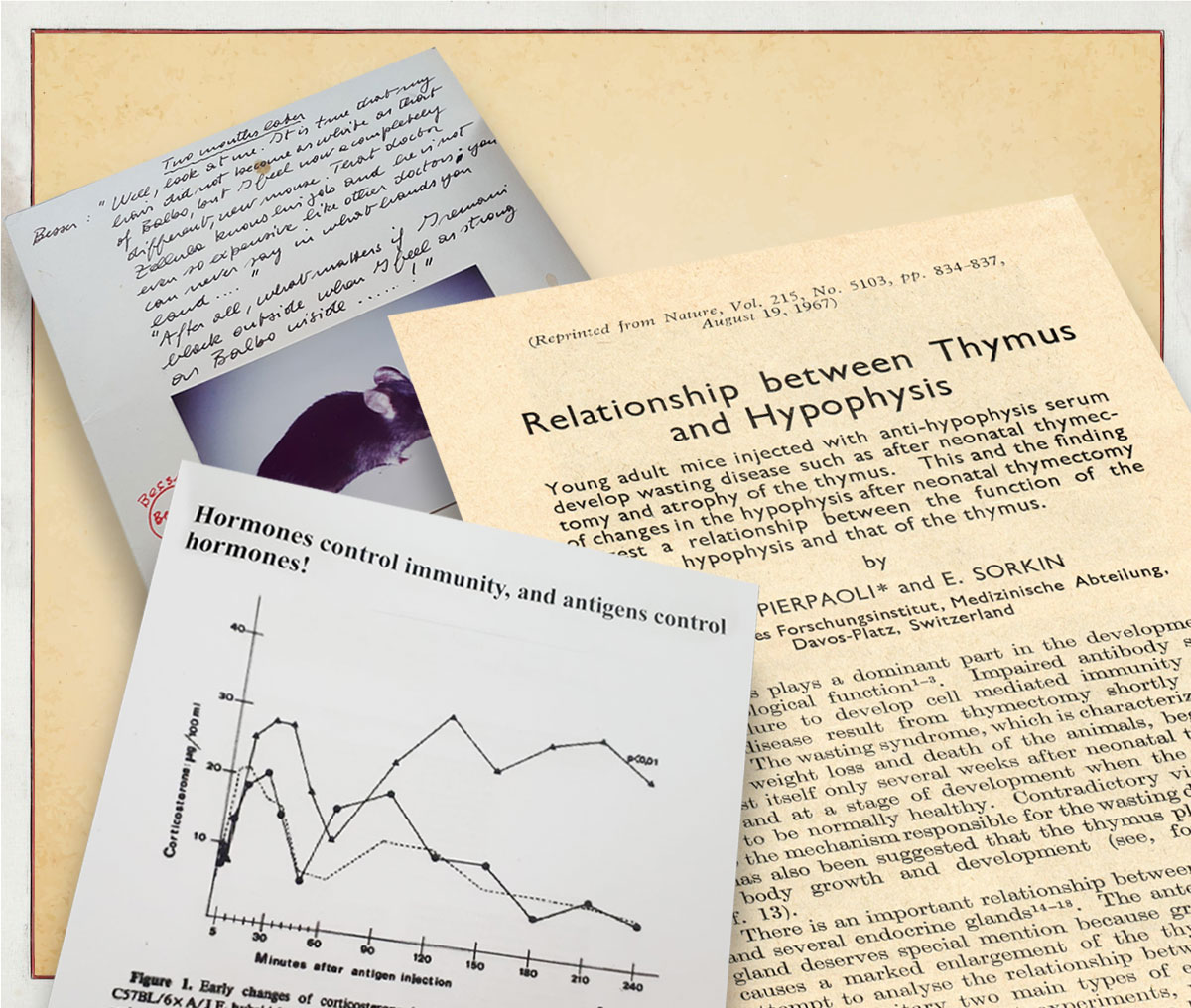 Professor Walter Pierpaoli’s renown made him well known worldwide for identifying the biological clock in the pineal gland, for studying the molecules that regulate it and for identifying the role of depositary of a person’s immune identity in transferrins. An objective achieved thanks to the collaboration with the Marcucci (now Kedrion) group and the Fred Hutchinson Cancer Research Center in Seattle.