Focus on immune defenses: melatonin as an immunoregulator

Contenuti nascondi
1 Research by Professor Pierpaoli has proved that it regulates the immune response.
2 A recent study has hypothesized the implications of melatonin in COVID-19 cases.
2.1 The evidence emerged during the studies on the role of the pineal gland in immunity, 1986
2.2 Melatonin: the principle neuroimmunoregulatory, anti-stress and immuno-strengthening effects, 1987
2.3 The fundamental role of the pineal gland as an immunoregulator, in the case of age- and disease-related problems, 1988.
2.4 Effects of melatonin on the immune system, 1989 Published in the journal «Nature» in 1967.
2.5 Hormones and neurotransmitters influence the immune response
2.6 Cytokine storm and COVID-19 pathogenesis
2.6.1 Sources:

Research by Professor Pierpaoli has proved that it regulates the immune response.

A recent study has hypothesized the implications of melatonin in COVID-19 cases. 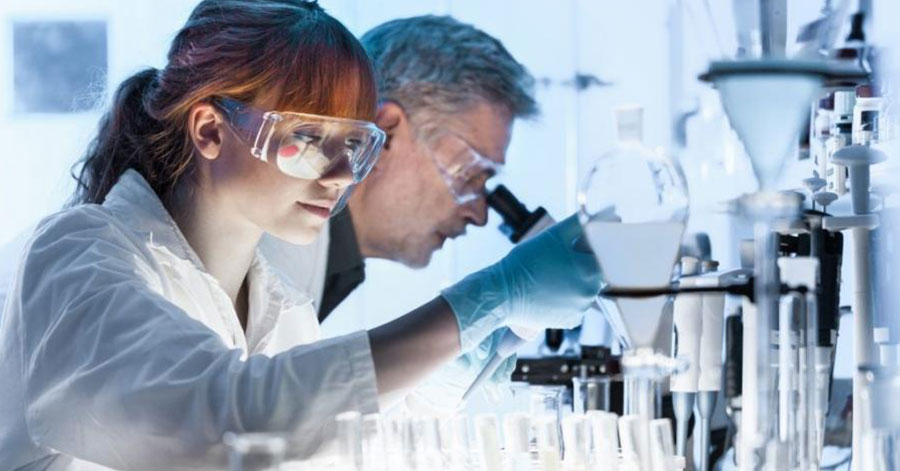 Some studies conducted by Professor Pierpaoli , Maestroni ,Conti, et al. in the period 1986-1989 looked at the role played by melatonin (and that of the pineal gland) as an antibody immune response modulator and immunosuppression antagonist. Melatonin acts by regulating immunomodulation at different levels, but above all through its synchronizing effects on the entire neuroendocrine system, which in turn controls the immune system. Today, these findings are offering new thoughts regarding the current health emergency.

The evidence emerged during the studies on the role of the pineal gland in immunity, 1986

The first experiment, conducted in 1986 (Role of the pineal gland in immunity. Circadian synthesis and release of the pineal melatonin modulates the antibody response and antagonizes the immunosuppressive effect of corticosterone), focused on observing the immune response in mice who were not capable of synthesizing melatonin, as it was temporarily blocked. At the moment when a stimulus arrived that should have triggered antibody production, the response was notably depressed, almost to zero. In the subsequent observation phase, these specimens were administered an evening dose of melatonin. In this case, the formation of antibodies was much more active and functional: the immunosuppressive effect had been reversed and antagonized thanks to the administration of melatonin. The results of this study suggested that melatonin carries out an important immunomodulatory function via its chronobiotic function and regulation-synchronization of the internal biological clock.

The success of the results that emerged in the 1986 study highlighted further causes for analysis, that Professor Pierpaoli and his team of researchers followed up in another paper, that was published in the journal «Immunology Letters». From the existence of the pineal gland’s immunoregulatory role via the cyclical, circadian release of melatonin, this study focused on those factors that could influence such important activity. It thus emerged that synthesis and release of melatonin acts as an endogenous synchronizer, that plays a part in regulating rhythms and and adjusting the timing of the body’s central biological clock located in the nucleus of the pineal-hypothalamic-pituitary axis Analysis of the effects of melatonin showed how the molecule is basically an immunoregulatory agent, that can antagonize the immunosuppressive consequences of acute anxiety in mice, due to both psychogenic and infectious factors. The observation was conducted by measuring the production of antibodies and the weight of the thymus gland; and the ability of stressed mice treated with exogenous melatonin, to resist a lethal virus. It was found that nighttime circadian melatonin could antagonize immunosuppression in the mice who were stressed. Melatonin proved to be an effective ally in the physiological control of stress and associated infectious diseases.

The fundamental role of the pineal gland as an immunoregulator, in the case of age- and disease-related problems, 1988.

Our organism is protected against multiple threats via a close network of immune and neuroendocrine mechanisms, that are interconnected with each other. This observation is the result of proof contained in the book from the First Stromboli Conference held by Professor Pierpaoli in 1988, published by the New York Academy of Science. The publication reports all the previous results, plus one: if correctly administered during primary immunization, melatonin had proved to specifically and permanently improve immunological memory towards the specific antigen used.

Effects of melatonin on the immune system, 1989 Published in the journal «Nature» in 1967.

It has been proven that hormones and neurotransmitters influence immune response in various ways and it has been reported that cytokines, which are molecules showing there is inflammation, released by immunocompetent cells, influence neuroendocrine mechanisms. For example, melatonin is an important antioxidant and a widespread anti-inflammatory molecule that modulates both pro- and anti-inflammatory cytokines in several conditions. A large quantity of documentation on the oncostatic activity of the pineal gland and the molecules it secretes was added to these results It had been proven that the pituitary gland has positive effects that can stop the proliferation of tumoral cells. Starting from the results reported in this article, Professor Pierpaoli et al’s work focused on the principal immunoregulatory role played by the pineal gland and melatonin.

A recent study conducted by researchers at the Chinese Academy of Medical Sciences, and Peking Union Medical College, in Beijing, China, together with some experts from UT Health in San Antonio, Texas, has provided further confirmation of the potential use of meltatonin in supporting immune balance. Subject of analysis: the etiology of Acute respiratory distress syndrome caused by COVID-19. Observations showed the presence of pre-existing immunosuppression in patients who contracted the virus. This reduced capacity to respond to the virus attacks is linked to an inflammatory state and the consequent release of cytokines in patients, an occurrence that leads to a rapid evolution of acute respiratory failure. Application of melatonin has provided promising results in alleviating the circulating levels of pro-inflammatory cytokines. Melatonin has anti-inflammatory properties, antioxidants and helps to regulate the immune system. It also helps to inhibit NLRP3 inflammasomes. Further along, the logic of using melatonin in COVID-19 patients is highlighted, not just for the alleviation of respiratory problems caused by the infection and any potential complications, but also for an overall improvement in the patients’ wellbeing.

NB: It is important to emphasize the fact that melatonin actions as reported in literature often depend on the chemical form and concentration used.